Karlie and Will Bethune, the winners of hit renovation show - The Block, have sold their gorgeous Queenslander home in the heart of Brisbane. The addition of Valiant Interiors property stylist skills to the already extensive renovation work finished transforming the space resulting in a swift sale.

The Bethune’s, bought their property at 52 Ridge St, Greenslopes just after being declared the winners of the 2016 season of the show and have renovated their own home in the years since.

After welcoming their daughter, Indigo in 2020 the new family was ready for an upgrade and new project to get stuck into. To prepare for sale of the home they fondly called ‘Hazel’ the couple invested in a property styling package to maximise the property value.

Records show the couple paid $707,500 for it in September 2017 and they made the announcement they were selling ‘Hazel’ to their 24,000 followers on Instagram, saying they hoped “if Hazel sells that the new owners will enjoy their time outside by the pool just like we did!” BEFORE: The living area of the property at 52 Ridge St, Greenslopes, before it was renovated.

AFTER: The living area after it was renovated. 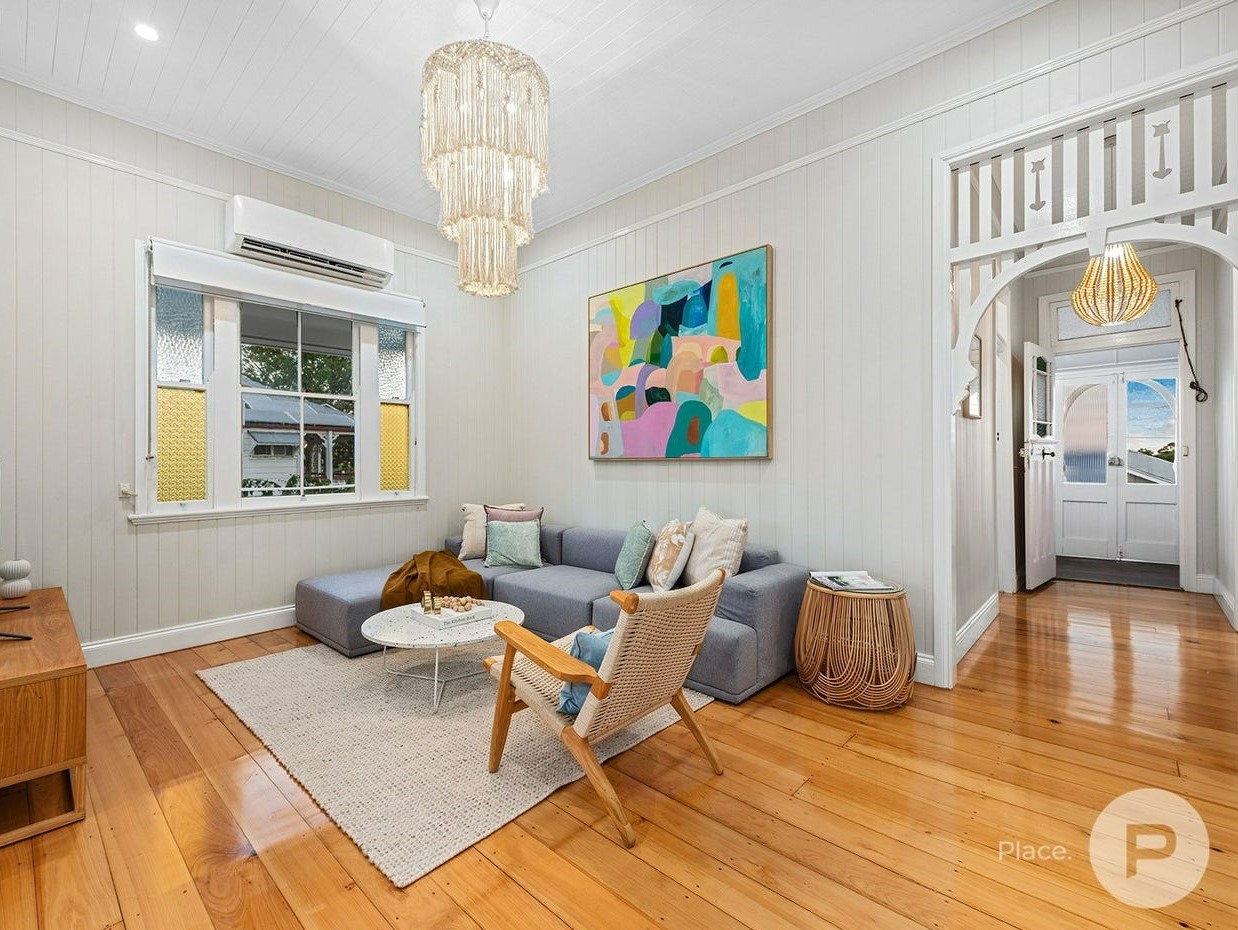 AFTER: The front sunroom after it was renovated.